SureFire CPR Inspires Communities with The Winners of Their #MyLocalHero Contest 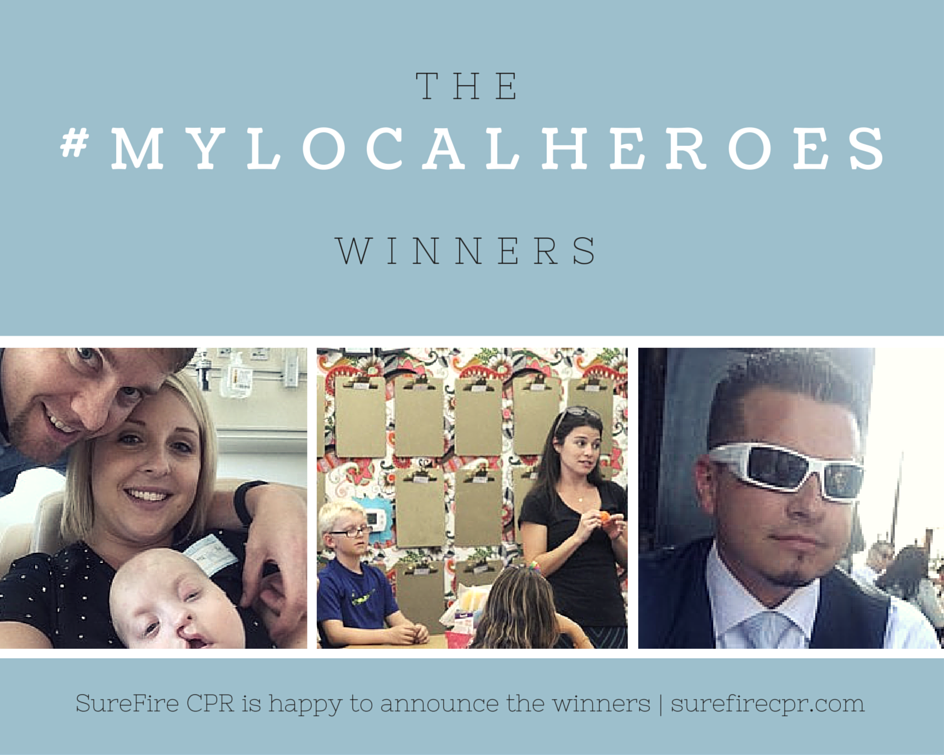 SureFire CPR is a CPR and First Aid training facility with several locations in Southern California. To spread the word about the importance of helping others and to bring attention to those who make a positive difference in their community, SureFire CPR launched a contest this past October titled #MyLocalHero. The contest aimed to highlight community members who display great acts of courage and selflessness in everyday life and to inspire others with their heroic stories.

The contest took place from October 1st through December 7th, 2015, and now that the nominations have been collected, SureFire CPR is happy to announce the winners. There were so many responses to the contest that there are two 1st place winners awarded along with a 3rd place winner!

1st Place Winner, Kelsie Hill has been awarded the first place prize of $600.  She was nominated by her friend who wanted to acknowledge Kelsie for all that she does on a daily basis.  She has 3 children, and one is disabled and her positive attitude and dedication to her family has inspired her community and made her aware of the importance of community.   She also was trained as a Community Emergency Response Team member in Irvine and is ready to help if her community needs it!  Upon being told of her nomination, Hill felt shocked, speechless, and honored. She feels happy knowing that others in her community are as aware as she at the importance of helping others.

1st Place Winner, Tauna LaPierre also won the first place prize of $600 for taking charge in an emergency at her school where she works as a 2nd -grade teacher. She was nominated for helping one of her students who was choking, and she was nominated by that student’s family. One of her students, Poppy McMurray noticed her classmate choking and notified M. LaPierre.  Ms. LaPierre then sprang to action immediately performing the Heimlich maneuver which aided in dislodging the food particle. If it weren’t for the fast actions of Ms. LaPierre, her student might not have had such a positive outcome. When she heard she was nominated for the #MyLocalHero contest, Ms. LaPierre was moved to tears, feeling incredibly touched by the gesture from her student’s family.

3rd Place Winner, Tommy Garcia took away $100 as a “thank you” from his community in San Juan Capistrano for being such a kind and loving presence. Garcia spends much of his time helping the elderly, and feels spending time with them is a fantastic opportunity to learn.  He believes we can all learn just by listening to their experiences and stories. His other passion includes taking the role of Secret Santa, and he enjoys donating a few dollars to help put a smile on patients’ faces. Even though Garcia felt “undeserving” of the nomination for the #MyLocalHero contest, it is clear why many people believe he deserves recognition for his goodwill.

If you are inspired by these local heroes and feel compelled to make a difference in your community by being prepared to help others in need, contact SureFire CPR to sign up for a CPR or First Aid class today. You never know when someone may need help, and you can be a real hero with life-saving skills.

SureFire CPR Inspires Communities with The Winners of Their #MyLocalHero Contest was last modified: December 17th, 2015 by Zack Zarrilli